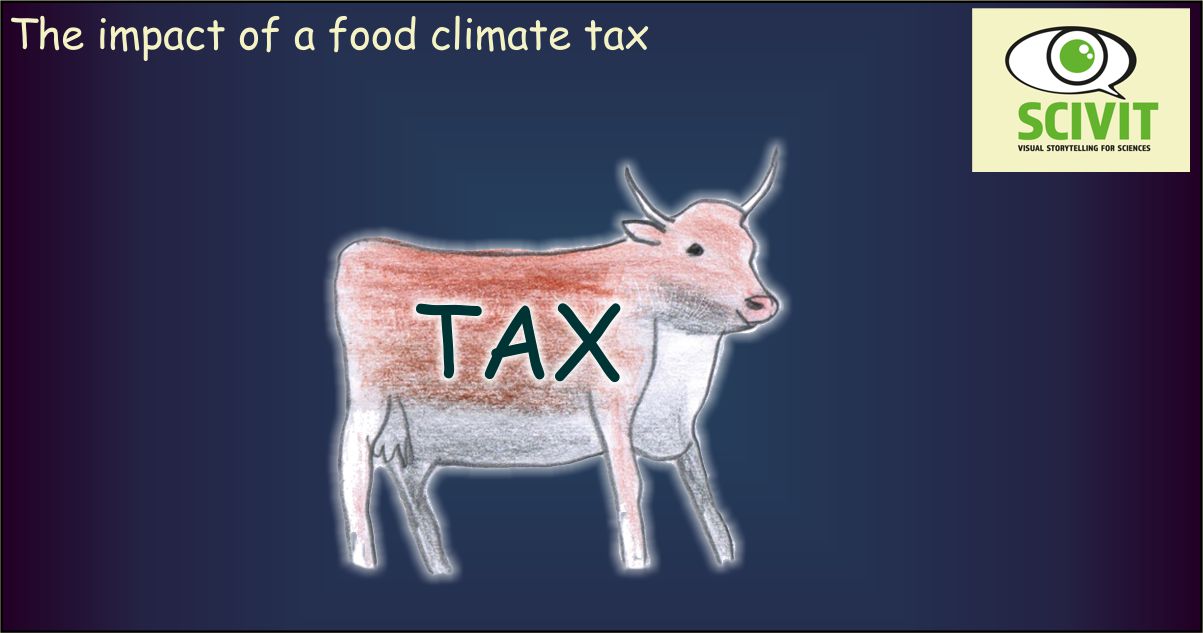 What would be the impact of a food „climate tax“ on greenhouse gas production and health?

Why do we need a food climate tax?

Food production is an important source of greenhouse gases with meat and dairy products as the most important areas. This impact of agriculture will even increase in the coming decades given rising consumption of agricultural products and given increasing mitigation of greenhouse gases produced by other sectors. Springmann and colleagues studied the question, to which extent a climate tax on food would be able to reduce greenhouse gases produced in agriculture on a global level. At the same time they analyzed positive and negative health effects of such a tax and devised scenarios maximizing positive effects.

How strongly is greenhouse gas production affected by food taxation?

Tax rates were set corresponding to the greenhouse gases produced for a given food resulting in relatively high tax rates for meat and in lower tax rates for cereals or vegetables. Economic models predicted reduced consumption corresponding to resulting increases in food prices with a relatively strong impact on meat consumption (reduction by 6 – 13 %) and a lower impact on the consumption of fruits or vegetables. Meat prizes would be affected particularly strongly in low- and middle-income countries of the Americas where meat production is connected to particularly high emissions of greenhouse gases. Meat production in high-income countries and in Europe would be affected to a minor extent. For the year 2020 such reductions in consumption would result in reduced emissions of 1 Gt CO2 equivalents, with the main effects in low- and middle-income countries. The largest percentage of reduction would result from reduced beef and dairy consumption.

How will such a reduction in food consumption affect global health and how can possible negative consequences be avoided? Without any accompanying measures reduced caloric intake and reduced meat consumption would have beneficial effects in most regions except Africa, South and South-East Asia as well as Japan. Optimized scenarios avoiding negative effects in these regions comprise the exemption of particularly important and healthy food groups from taxation and subsidizing groups affected particularly negatively by increased food prizes.