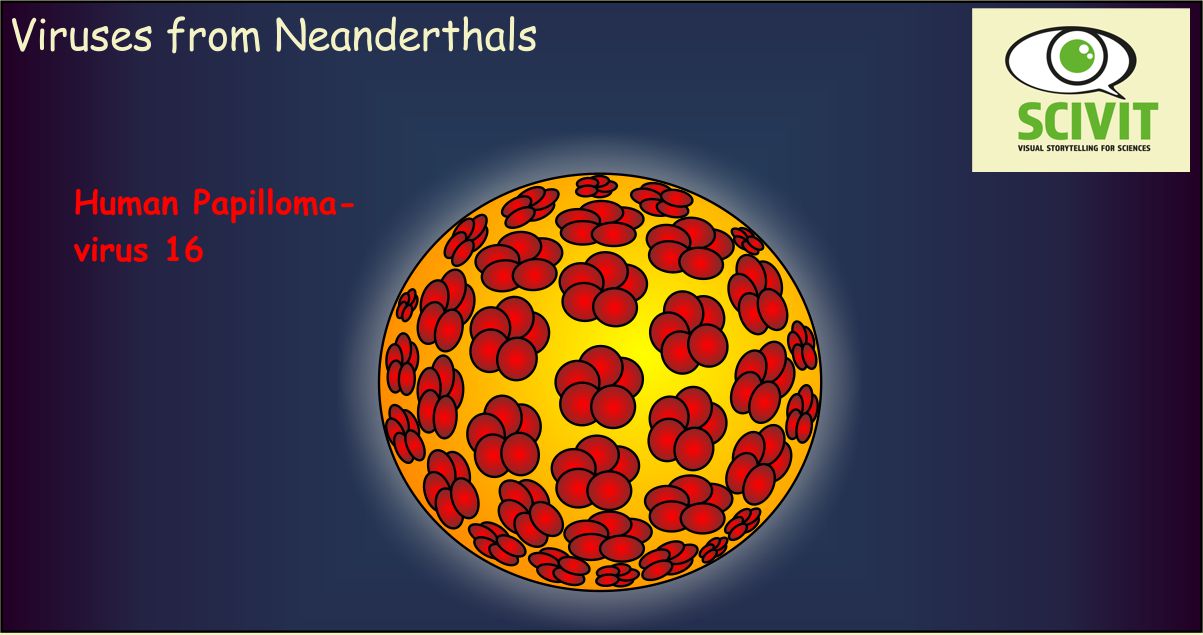 Sexual relations and resulting gene transfer between Neanderthals and modern humans have been reported repeatedly. A new study from Pimenoff and colleagues now suggests that we not only inherited some of their genes, but also some of their sexually transmissible viruses. These results were obtained after studying sequences from variants of the cancer-causing human papillomavirus 16 (HPV 16).

Phylogenetic analysis of these sequences suggests that one variant of HPV 16 present abundantly on all continents except subsaharan Africa diverged from the other lineages already about 450 000 years ago. Modern humans left Africa only 100 000 years ago, however. The early divergence of this particular variant can therefore be explained best by assuming archaic humans (Neanderthals or Denisovans) as hosts for this lineage. According to this scenario these archaic humans left Africa about 500 000 years ago together with their HPV 16 variant. Sexual contacts between modern humans and archaic humans later allowed transfer of the viral variants into populations outside subsaharan Africa.