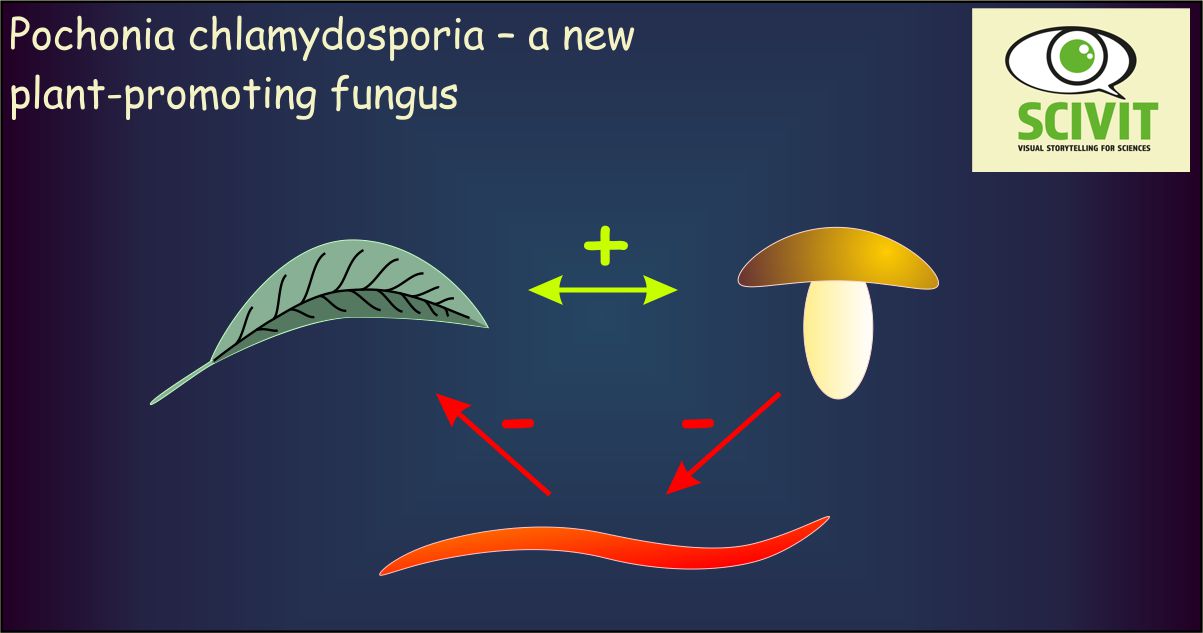 Beneficial interactions of plants and fungi

While there are many fungi attacking and damaging plants there is also a large number of beneficial ones. In fact plants and fungi make perfect partners complementing each other. Plant organisms have almost unlimited access to carbohydrates, important as structural material and energy source. Fungi, on the other hand, are perfect in sweeping through a given soil volume with minimal investment. In addition they are better in degrading complex material or constructing some secondary metabolites.

Mycorrhizas and other types of plant-fungal interactions

A further interesting relative of Claviceps purpurea has been described by Zavala-Gonzalez and colleagues to exert beneficial effects for plants colonized: Pochonia clamydosporia. This fungus was first examined because he is preying on nematodes, important plant pathogens. Further experiments demonstrated that independent from this positive effect, Pochonia clamydosporia also supports growth and flowering of colonized plants. Zavala-Gonzalez and colleagues now demonstrated that these beneficial actions of Pochonia clamydosporia can be studied in the model plant Arabidopsis thaliana, which interacts with very few other fungi.