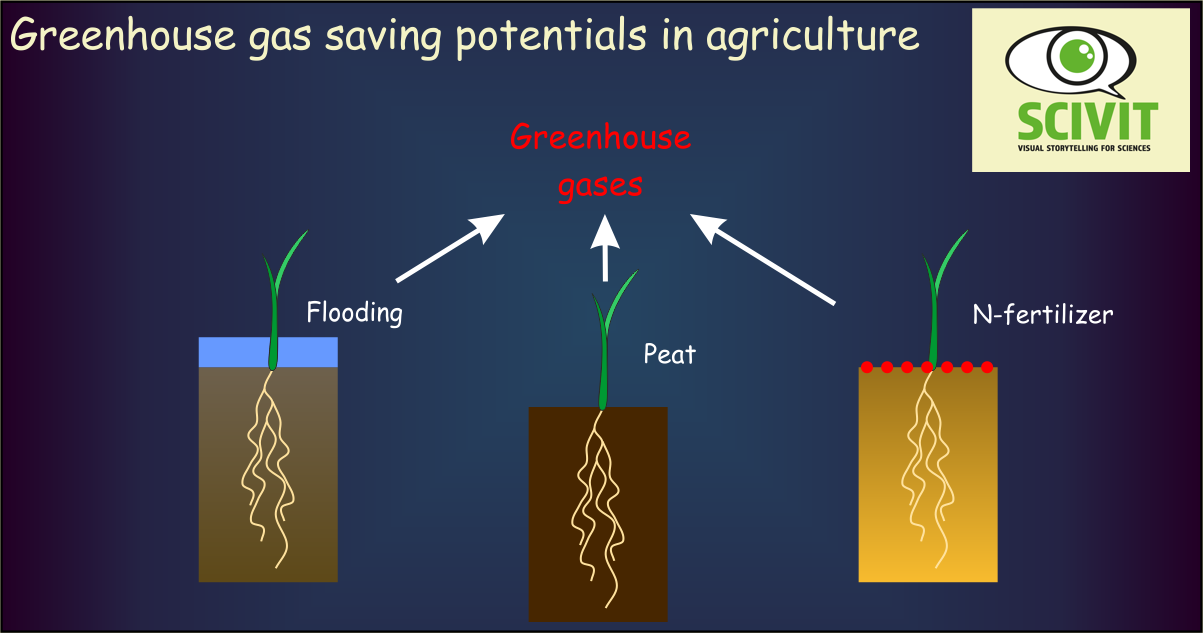 How to obtain global data on cropland greenhous gas production?

Agriculture is responsible for a good part of human-caused greenhouse gas production. Reducing the amount of CO2, CH4 and N2O produced in agriculture will be crucial for climate change mitigation efforts (see also Wollenberg et al., Global Change Biology 22, 3859 – 3864). To identify production areas and practices of particular potential for reduction, Carlson and colleagues set up a global inventory of food production intensity (how much greenhouse gas is produced per kilokalorie food). They reached such an inventory by combining high-resolution satellite data with models describing greenhouse gas and food production by various agricultural practices. Their analysis was focused exclusively on crop production, excluding for example emissions from livestock production, from deforestation or from fertilizer production.

Flooded rice paddies, drained/cultivated peatlands and N-fertilizer applications were identified as the three practices most problematic, accounting for 48, 32 and 20% of all cropland greenhouse gas emissions. While rice paddies and N-fertilization are producing substantial amounts of food, this is not the case for drained/cultivated peatlands. Such agricultural areas can be found primarily in Northern Europe and Indoesia and are producing only 1.1 % of global crop kilocalories. Cultivation of peatlands is therefore regarded as a prime target for elimination. In the case of rice, greenhouse gas production is directly connected to flooding and small changes in flooding regime may significantly reduce greenhouse gases.