When looking at roots from plants growing in your garden there is a good chance that they will be colonized by arbuscular mycorrhizal fungi. These fungi are very small and you won’t see them with the naked eye. They will form a loose hyphal network as depicted in the figure. Large spores are formed as dormant bodies, but there will be no fruiting bodies typical for other fungi. Within plant roots, only visible upon staining and under a microscope, there are small, tree-like fungal structures within individual cells. These arbuscules („little trees“) are facilitating nutrient exchange between plants and fungi and are characteristic for the interaction. Why should you care about such fungi? They may be tiny, but they have a clear impact on plant nutrition and performance, in particular when plants are confronted with stress. In addition they also provide an important contribution to soil organic matter formation (i.e. to soil fertility) and to the carbon balance of a given soil-based ecosystem.

The rationale of an ancient connection

Arbuscular mycorrhizal fungi are ubiquitous on our planet, both in terms of regional distribution as well as in terms of the plant species colonized. In particular their ability to colonize roots from almost all major phylogenetic plant groups, hints to an ancient origin of their interaction with plants. In fact spores from arbuscular mycorrhizal fungi have been discovered in material from the Ordovician period, when the very first plants colonized the main land. The rationale for this ancient origin is the fact that fungal hyphae are much thinner than plant roots. Therefore they are much more efficient in exploiting mineral nutrients from a given volume of soil. Plants on the other hand have almost unlimited access to another important group of nutrients: carbohydrates. This strategic complementation of plant and fungal capacities has resulted in a number of partnerships in the course of evolution. Arbuscular mycorrhiza is, besides lichens, the oldest form.

Videos: The jungle below our feet, Mycorrhiza I – Mycorrhiza and the Environment, Mycorrhizal II – What is it and how does it work? 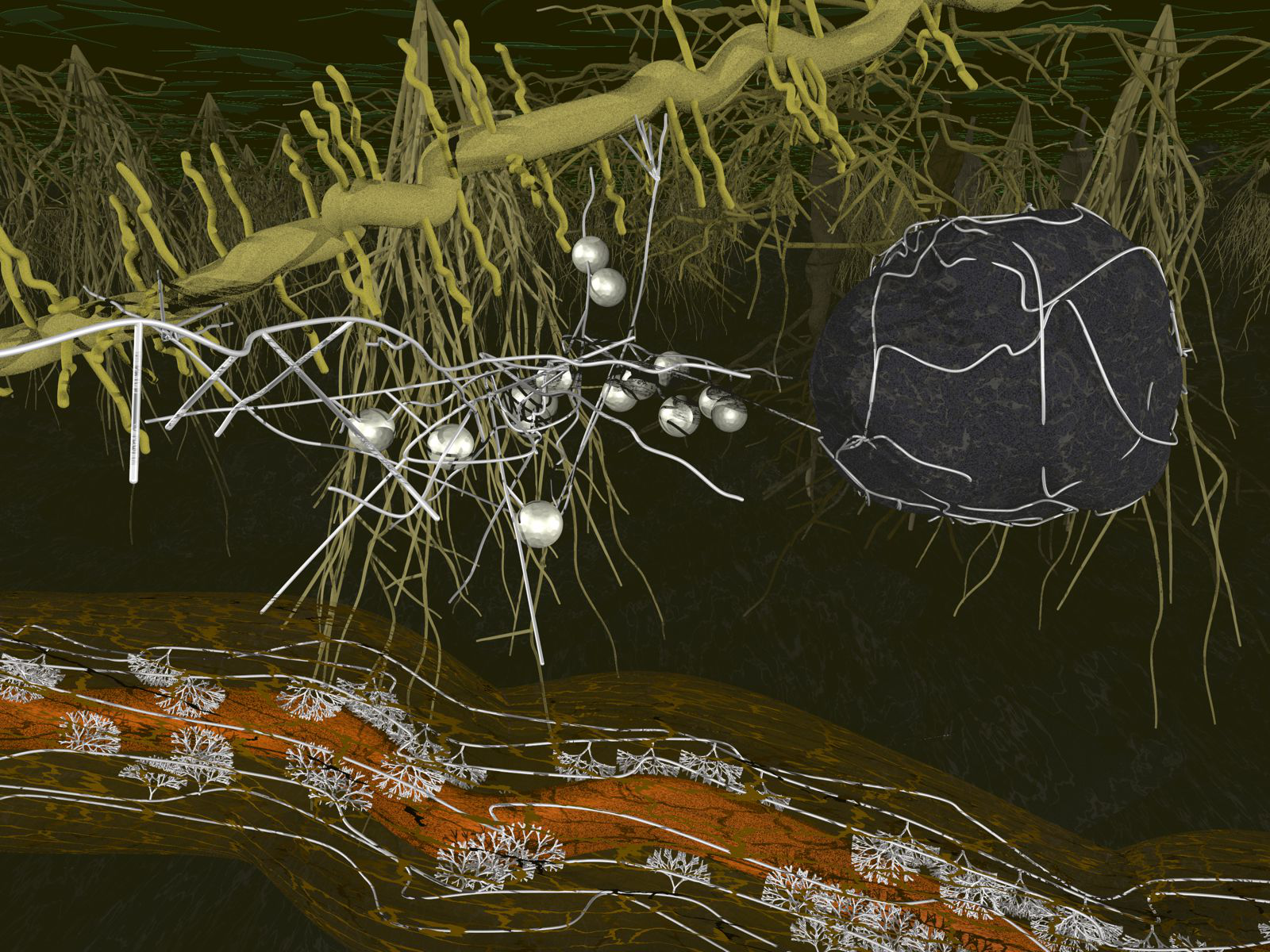