Rising methane from the tropics

Methane as a greenhouse gas

While atmospheric methane was at stable levels between 2000 and 2007, levels have clearly increased since then. To analyze the reasons for this increase, Nisbet and colleagues studied data from regional measurements of methane concentrations and isotope ratios. While measurements from all areas show similar trends, the increase is strongest in the tropical regions. The decrease in the carbon isotope <sup>13</sup>C observed in all measurements argues for biological methan sources and excludes fossil sources. Most likely sources are therefore natural tropical wetlands, rice paddies and ruminants from the tropics. 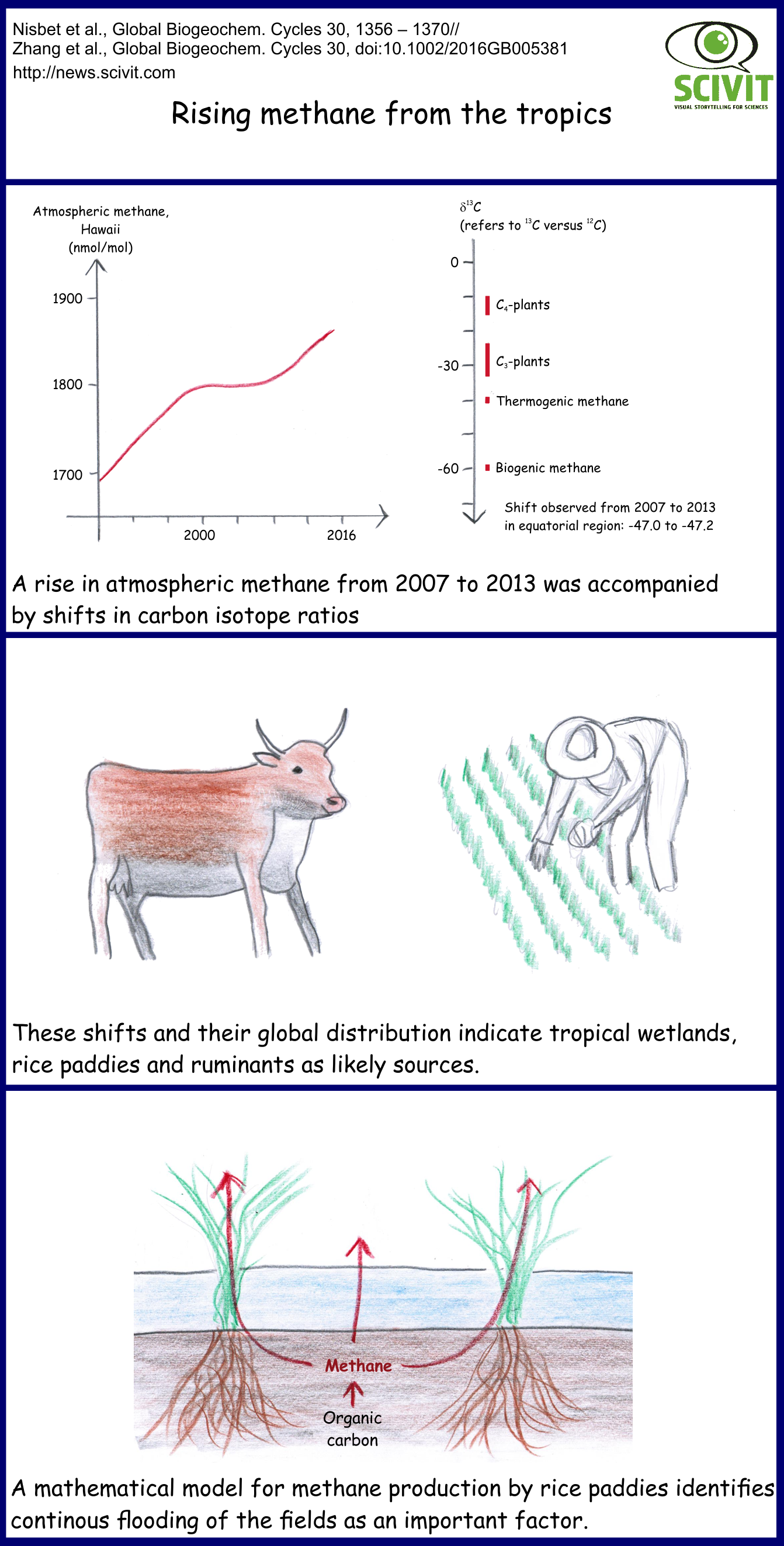