Psittacosaurus were relatively small, plant-eating dinosaurs. In a particularly well-preserved specimen from China, pigmentation of the skin and scales could be studied. Apart from dark pigmentations in the face, cloacal area and hindlimb, a typical countershading pigmentation (dark back, light body) became obvious. Ventral light pigmentation refered to only a small part of the body suggesting a pigmentation pattern typical for a closed habitat with dim light. Such a habitat is in accordance with the vegetation type observed in the fossil context (predominantly coniferous forests). According to the authors, the predators of Psittacosaurus (theropod dinosaurs) must have been able to infer body shape from shading for countershading pigmentation to make sense. 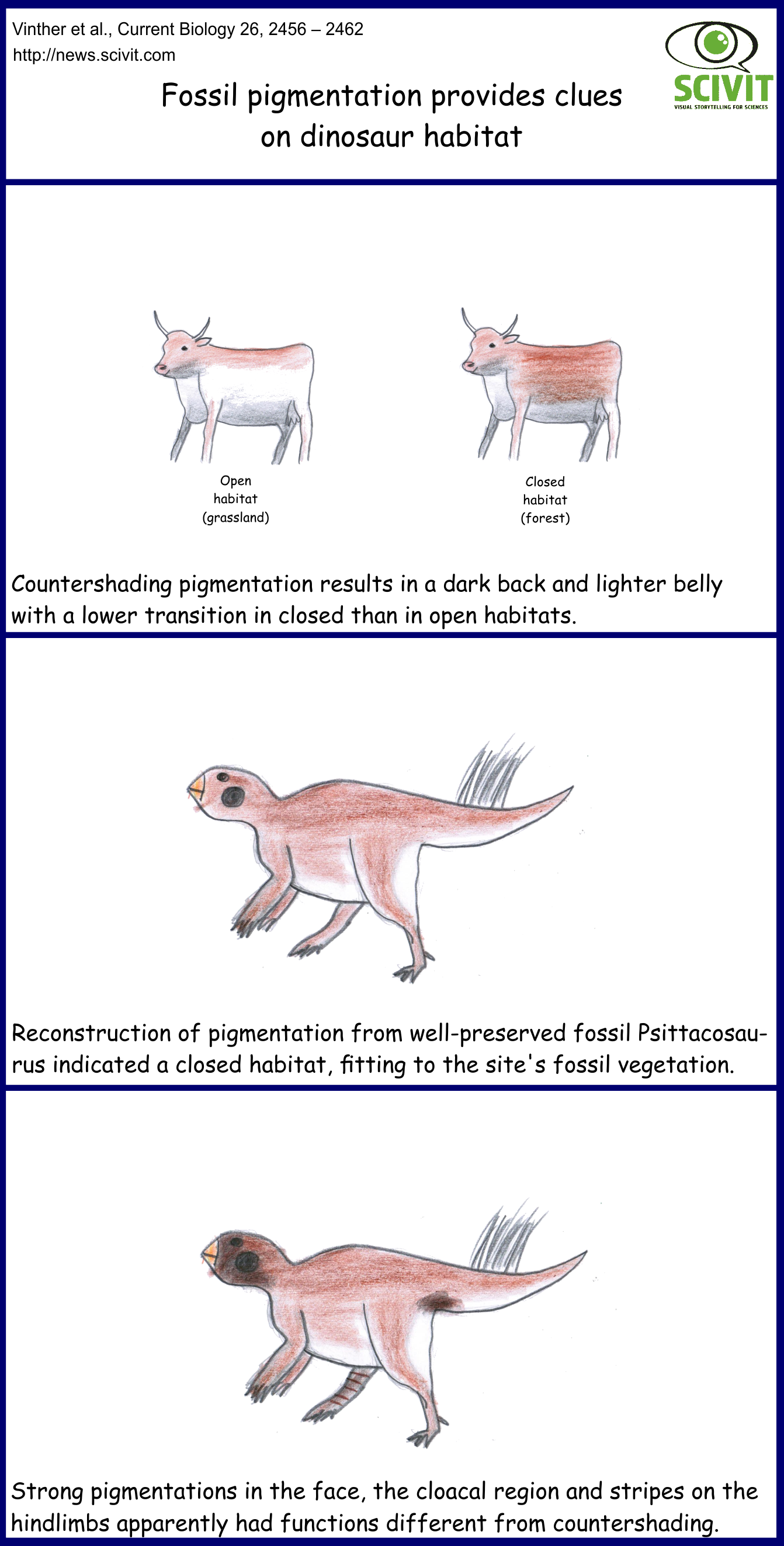