A new route to transgenic cereals

Measured at predictions from 20 years ago plant genetic engineering is lagging seriously behind. One important reason for this limited success is the fact that cereals, the most important crops worldwide, are very difficult to transform. With the publication from Lowe and colleagues in „The Plant Cell“, this has changed now and, apparently, it has changed dramatically. Lowe and colleagues have discovered that co-transformation with two genes inducing cell division (wuschel2 and baby boom) drastically increases transformation efficiency. (To avoid phenotypic deviations, these genes have to be removed prior to plant regeneration.)

The latest breakthrough is only part of a series of scientific advances allowing to markedly increase speed and scope in plant genetic engineering. Related advances are in particular high-throughput DNA-sequencing and novel approaches for modifying DNA-sequences (Crispr/Cas). In combination these three advances will lead to a marked increase in the number of genetically modified crop plants and to an increased scope of modified traits. Acceptance of such crop plants ultimately depends on the usefulness of traits integrated or modified, with this usefulness being defined from a societal perspective, of course.
Source: Lowe et al., The Plant Cell 28, 1998 – 2015 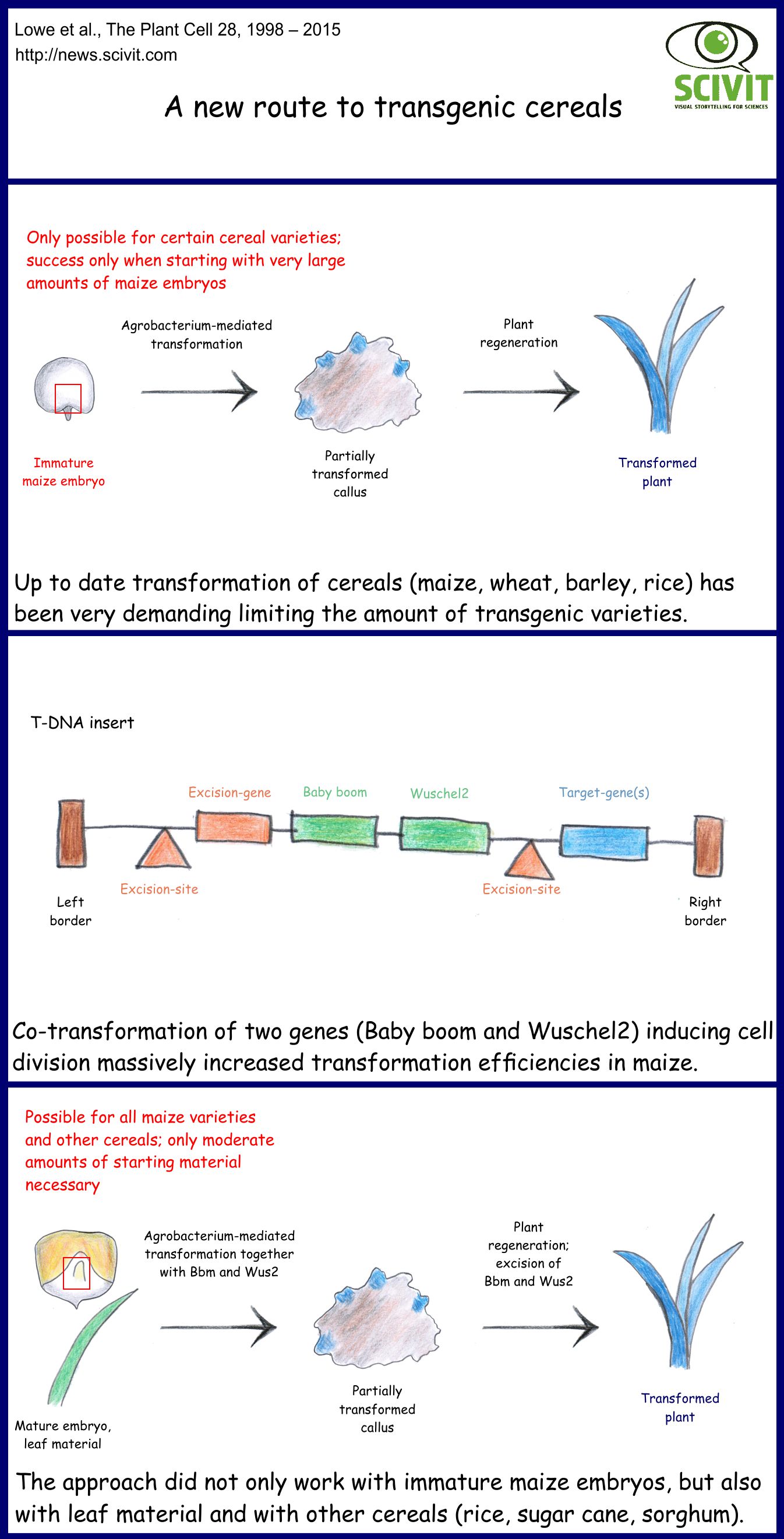